“We’d like him to not have any screen time, at least not for his first few months.”

Betsy said this to the owner of one the daycares we interviewed a couple of months before Harrison was born, when the owner said she gives the kids about a half-hour of screen time every afternoon. This was an in-home daycare in West Rogers Park,  Chicago. We were going the in-home route because it’s ridiculously affordable, and that’s what we needed – and still do. I didn’t even realize in-home daycares were a thing. 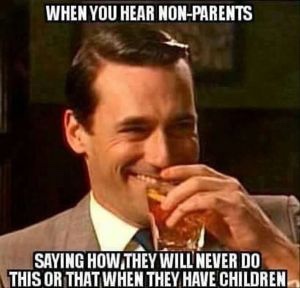 The woman looked at us like we were naive. We ended up not going with her. There were other some other factors beyond the screen time. She had been doing this for over 20 years, but we got the sense she was winding down, and she had become a little too relaxed. The daycare we chose assured us there was no screen time.

But the West Roger Park daycare owner was right, in the end. We were naive. Betsy and I were pretty good about no screens around Harrison – at least no TV – for the first two or three months, but eventually, we caved, and began watching TV with him, often during meal times. We have a small condo, and no formal dining area, you see.

The last three or four months, we opened the Pandora’s Box wide open and began letting him watch kids videos on YouTube. Baby Shark – yeah, you know that song – may have been the gateway drug. It was under control for while. He wasn’t hooked on the videos. We could shut them off whenever, and he would instantly move on to something else. 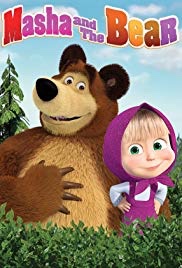 Seriously, this is baby crack.

The last three or so weeks, though, that changed. Some of it came out of convenience, especially on nights when I was still working, and Betsy needed to cook dinner. It was easy to put Harrison in front of the computer screen and let him watch his favorites, which went from Thomas, the Tank Engine to various kids’ Halloween videos, to Masha and the Bear. It got to the point that if we were home, he was pulling himself up on the desk chair or grabbing the TV remote, signaling to us what he wanted. Sometimes he would get upset if the exact video he wanted wasn’t playing.

We weren’t pleased or proud about this. We started feeling like we were letting ourselves, and more importantly, him down – especially after Betsy read in a new book she purchased that no screen time at all is recommended for kids under 2.

We decided tonight to go cold turkey with screens when we got home for the evening. (‘Cold turkey’. That’s such an odd expression. When I was a kid, and I heard someone say they’d stopped smoking “cold turkey”, I pictured them literally smoking cold turkey, rolled up into cigarettes.)

What we were reminded of is that children are resilient and pliable. He was upset for about five minutes. But then we happily ate dinner together, talking and listening to music. After, we went in his room with him and played for an hour, a moratorium on screens for all of us, with the exception taking these pictures. (And also me entering the daily Hamilton lottery, because priorities.) 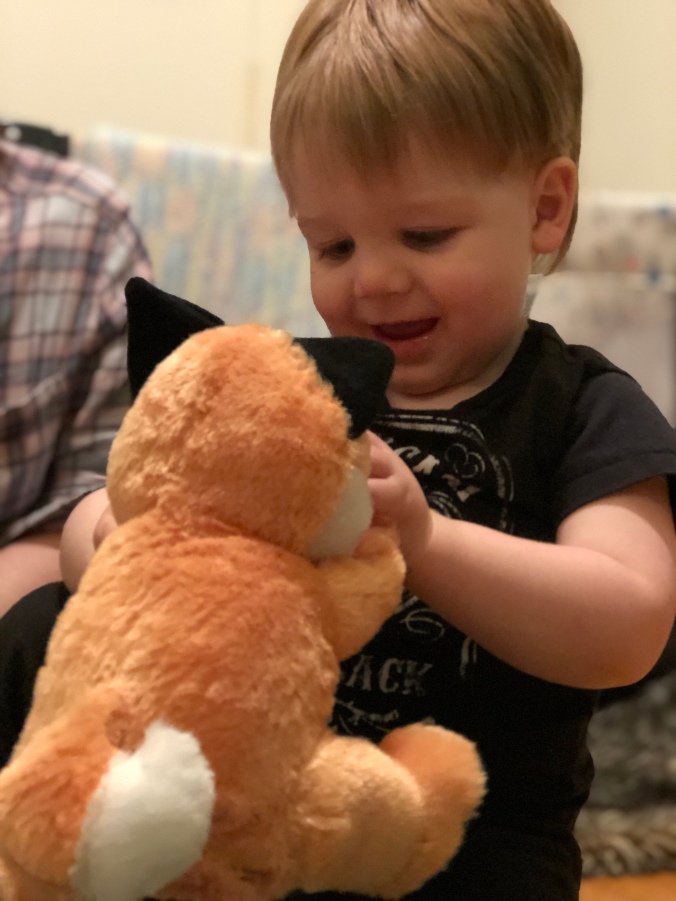 But seriously, what does the fox say?

Tonight was the best night we’ve had in a while. He was in a better mood, and so were we.

It would be easy for Betsy and I to look back on these last few weeks and beat ourselves up for letting ourselves get to the point we did and needing to do such a course correction. But the truth is, we’re going to screw up a lot raising this child of ours, and we have to learn from our mistakes and grow and not dwell on them too long or deeply.

Tonight, we’re celebrating a victory and feel committed to more quality family time in our evenings.